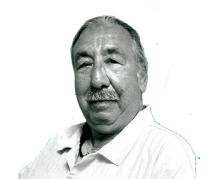 Free Leonard Peltier - Free Them All!

Despite Corona and the economic and health hardships connected with it, we don’t forget those who are in prison and are fighting under much harsher conditions against state repression, racism and incarceration.

Therefore, on February 6, we will be in front of the U.S. Embassy in Berlin to demand the immediate release from prison of the indigenous activist Leonard Peltier. On that day, he will have been incarcerated for 46 (!) years – and he is severely ill. There will be similar protests on that weekend all around the world.

Leonard Peltier is now 77 years old and has spend much more than half of his life in the dungeons of the U.S. government. He has been in captivity for 46 years; for 46 years he has been fighting for survival.

Just as so many other leftist activists in the U.S., in 1977 he was convicted in a rigged trial without authentic evidence. Even his previous prosecutors, former judges, and a former U.S. attorney general are not convinced he committed the murder of two FBI agents he was convicted for. Peltier is in prison because to this day, he continues to be part of a fighting community trying to live with nature instead of against it.

In prison, he is being subjected to threats and to the conditions of solitary confinement. But his voice cannot be silenced even by that. Just as before his arrest as a member of the American Indian Movement (AIM), Leonard Peltier is fighting for the respect, dignity, sovereignty, and freedom of indigenous Americans and all people.

The racist social order of the United States still refuses to acknowledge its responsibility for the genocide of the indigenous population. Projects such as the Black Snake Oil Pipeline clearly show that human life and ecological concerns are of no import when the profits of the corporations are at stake. In 2016, at Standing Rock thousands set a clear example against state violence and capitalist destructiveness, fighting under the banner of #NODAPL), and they also demanded the release of Leonard Peltier, whose diseases were life-threatening already then. He is aware that he has only little time left – and he doesn’t want to spend it in the "iron house of the white man."

Take care of yourselves and others – wear mouth/nose masks and keep the distance!

Online Petition an US Präsidenten

Leonard Peltier has COVID, 46 years in prison! Hospitalize and free him now!